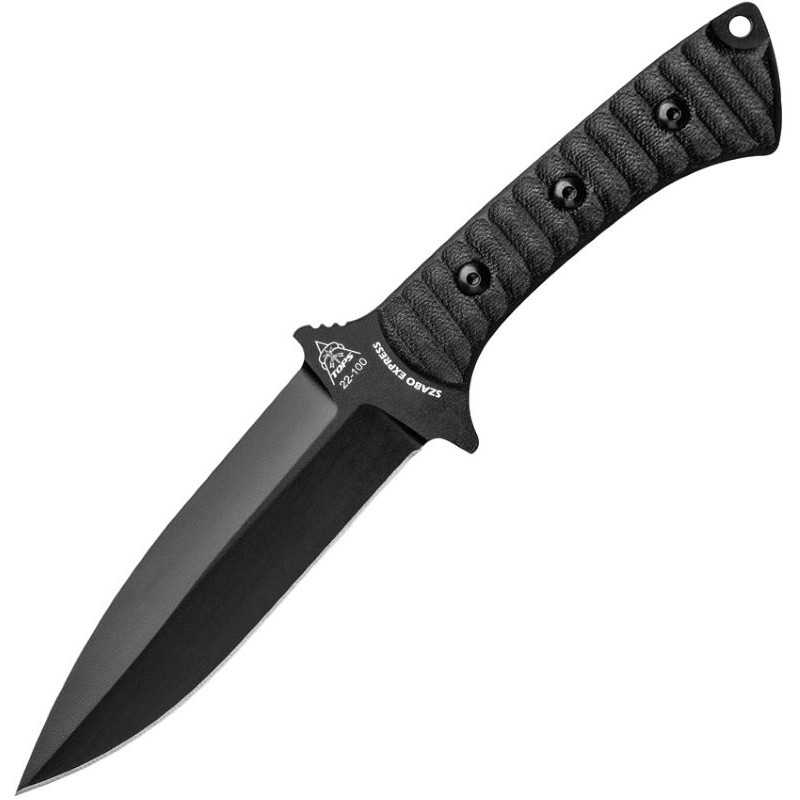 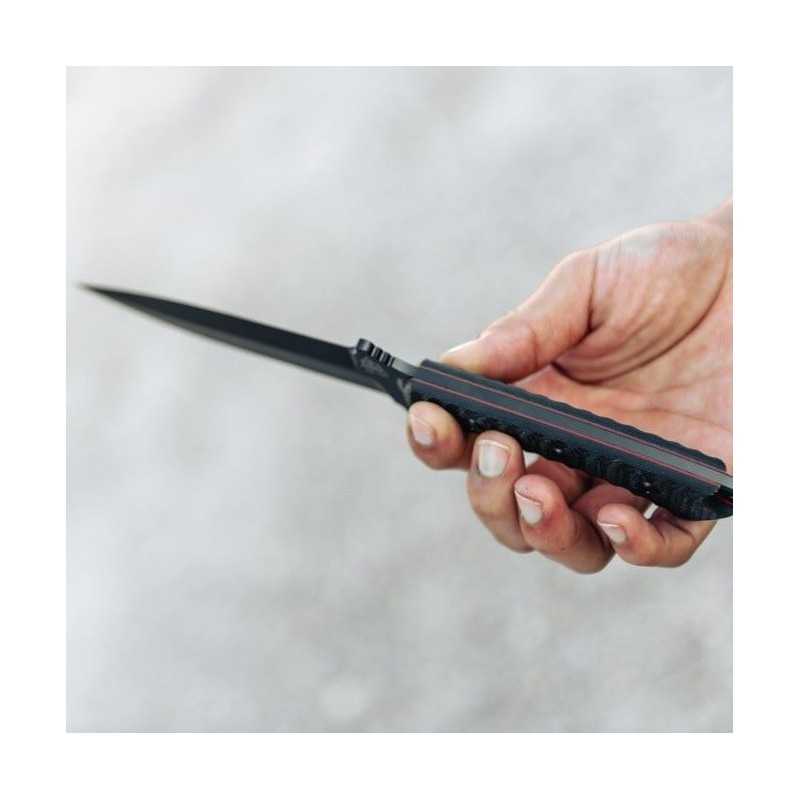 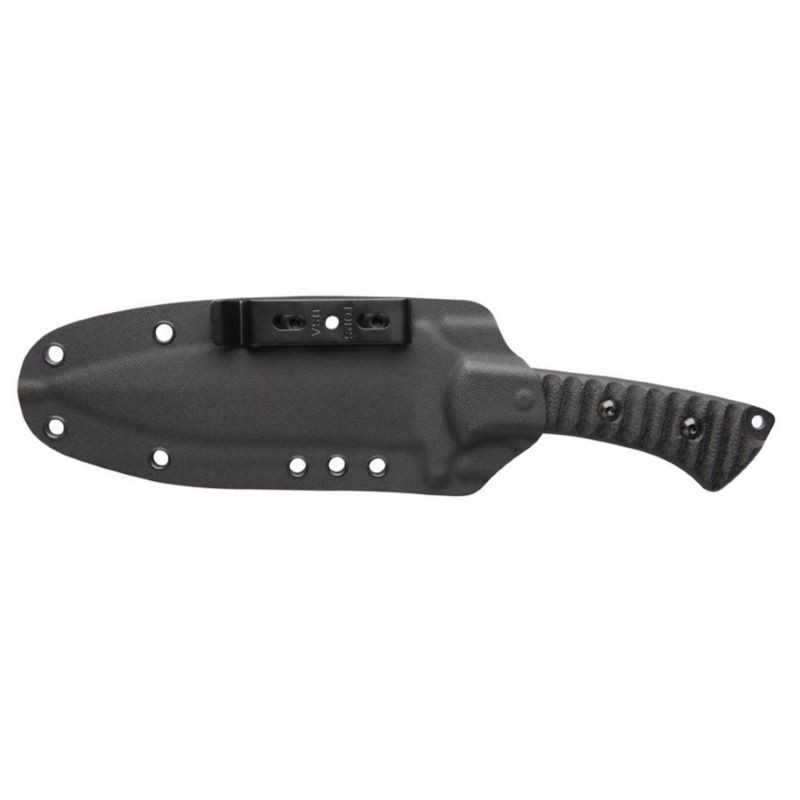 By the time Laci designed the Express he had been carrying large folders for self-defense in his waist band for years, sometimes overseas for security details, where firearms were not allowed. His goal was to bridge the gap between a large folder and a small fixed blade. In his words: “After attempting to use my folder in several emergencies, and having to use both hands to open the blade, even though I could open it with a flick of the wrist at home… I realized I needed to design a fixed blade. Don’t get me wrong, I am not trying to bring everybody down to my martial arts level. I’m sure there are badasses out there that can flip open a butterfly knife in a life-or-death situation… not me. I need to rely on gross motor skills every time. A fixed blade knife is inherently stronger and more reliable than a folder, especially for combat. It does not require fine motor skills to be deployed. This is with that state of mind that I designed the Szabo Express.”

The Express was designed as a fighter, not as a utility knife. It is not meant to pry a door open, or to dig a trench. The width of the blade is necessary to provide adequate wound cavity from a thrust. The ergonomic handle ensures proper grip retention in both saber and reverse grip, and the thickness of the blade, 5/32”, makes the Express extremely sharp while maintaining its strength.

“I had been carrying the Express on and off duty for years until I showed it to Leo at TOPS Knives who immediately liked it. TOPS did a great job with the Express, it is safe to say the TOPS Express is at least as good as the custom version.”